IVG has acquired the office tower “Gallileo” in Frankfurt am Main in a club deal for a number of South Korean institutional investors. The core property with total rental space of just under 40,000 m² is let on a long-term basis to Commerzbank, which previously also owned the property. The parties involved have agreed not to disclose the purchase price.
The 136-metre office tower “Gallileo”, completed in 2004, has a central location directly on the corner of Gallusanlage and Kaiserstrasse, not far from Frankfurt central railway station and the banking district. Prior to Commerzbank’s acquisition of Dresdner Bank in 2008, the property was used as the Dresdner Bank group headquarters along with the “Silver Tower”, also in Frankfurt.
“This transaction represents a pioneering landmark for the IVG investment and asset management platform in our internationalisation strategy. IVG is the first provider to successfully gain South Korean institutional investors for an investment of this kind in a club deal in Germany. With this reference, our goal now is to raise additional equity in Asia and other international capital markets and invest in German and European properties,” comments Dr Wolfgang Schäfers, CEO of IVG Immobilien AG.
Applying its platform strategy, IVG is acting as investment, asset and fund manager for this club deal. It is thus continuing its series of successful transactions for institutional investors in the form of individual mandates and club deals.
Since January 2012, IVG has invested approximately €1.3 billion as part of such deals.
The seller was represented by BNP Paribas Real Estate and Clifford Chance, while CBRE, GSK / Linklaters, Arcadis and Jones Lang LaSalle (valuation) acted as advisors to the buyer. 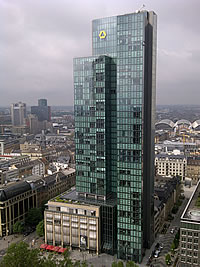