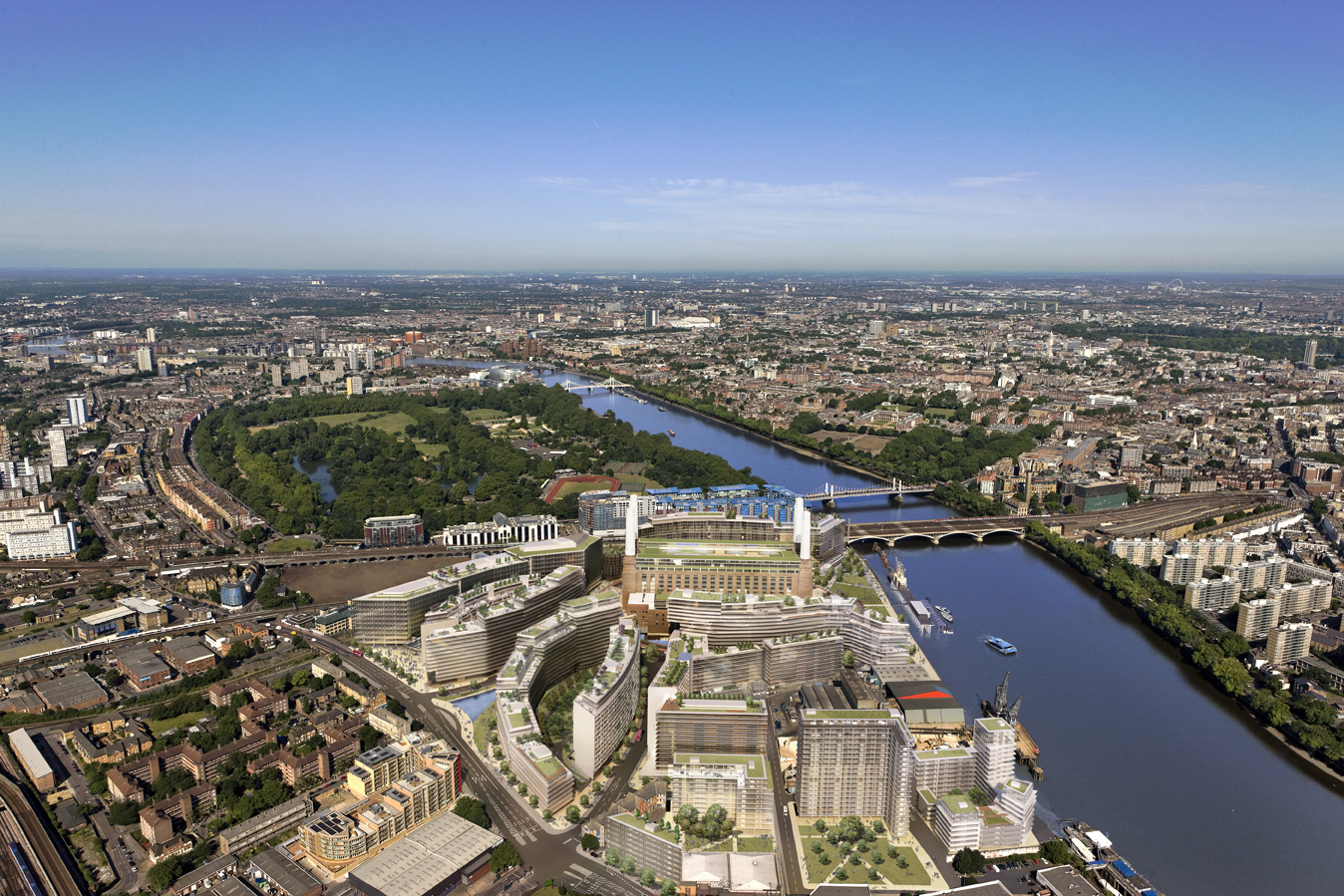 Battersea Power Station Development Company is delighted to confirm that approximately 600 of the apartments and townhouses within Phase One – known as Circus West – have already been reserved since sales commenced in London on the 9th of January, 2013.
Sales exhibitions of Phase One now continue in other international markets in response to the widespread pre–‐launch registered interest shown in the development.
Rob Tincknell, Chief Executive Officer of Battersea Power Station Development Company, commented: «The first week of sales at Battersea Power Station has been phenomenal with
commitments for over £600 million received since the launch just five days ago. This is a water shed moment in the history of the Power Station and key to finally enabling this important London site to
be regenerated, more than thirty years since its decommissioning. Buyers, both in the UK and abroad, clearly appreciate the mixed–‐use nature of the town centre
scheme which will provide London with a thriving new community on the banks of the River Thames».
Building on site is forecast to commence in late summer, with completion of Phase One in 2016/2017.
Circus West at Battersea Power Station is a mix of 800 one, two and three bedroom apartments, townhouses and penthouses as well as a blend of offices, shops, leisure and hospitality designed by
Ian Simpson Architects and de Ryke Marsh Morgan (dRMM). Prices start from £338,000 for a studio, from £423,000 for a one-bedroom, from £613,000 for a two-bedroom and £894,000 for a three-
bedroom apartment with first occupancy expected to be in 2016.
Preparatory work on the first phase, which consists of eight core buildings to the West of the 39 acre site, has already begun with construction expected to commence in the second half of 2013. This will
coincide with the start of the renovation of the Grade II* listed Power Station itself, the largest brick building in Europe and one of the most significant surviving examples of Art Deco architecture.

Upon completion in excess of 14,000 people will work at Battersea Power Station across retail, hospitality, commercial, service, community and creative sectors.
The Power Station development will create 16.8 acres of new public open space of which 5.6 acres will be a new river side park with over 400m of river frontage and a new river-bus facility. Between residential buildings, we will also create 6 acres of private courtyard space for residents.
The residential buildings step down from 17 storeys to 8 storeys which creates nearly 13 acres of stepped roof gardens and terraces with views across London.
The new buildings peak in height at 60m across the development which means that no structure interrupts the silhouette of the four chimneys or will be visible above the Palace of Westminster from Waterloo Bridge.
The scheme’s bold ambition is to make Battersea Power Station the largest zero carbon building in the in UK and possibly the world.
Including the redeveloped Power Station, the development will include a total of 16 buildings comprising of residential, retail, office, hotel, community and leisure uses.
The location of a new public park between the Power Station and the river preserves vistas and provides the foreground of the listed building. It will be an actively curated space with an extensive calendar of public events.
The enormous open space around the Power Station is referred to as ‘The Circus’.  This space, which is only slightly smaller than the Inner Circle at Regents, contains a 700m urban running track.
The project will include a minimum of 550,000 sqft of retail facilities in both the Historic Power Station and the High Street which links the scheme to the Northern Line Extension.