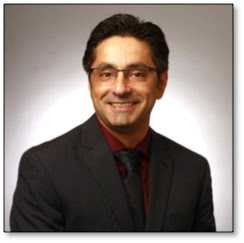 The IHG Owners Association, which represents InterContinental Hotels Group® (IHG®) franchise hotel owners worldwide, has announced that Deepesh Kholwadwala has assumed chairmanship of its Global Board of Directors for 2018. Deepesh is the President and CEO of Dreamcatcher Hotel Group and Sun Capital Hotels with expertise in hotel feasibility, planning, financing, construction, and operations. Deepesh succeeds Allen Fusco, owner and operator of ANABRA Associates.

“I am proud to serve as the voice of our owner members this year, and I look forward to collaborating with IHG in this endeavor,” said Kholwadwala.

Deepesh is a University of New Mexico graduate and holds a Master’s in Mechanical Engineering from Purdue University. He started his first career at Sandia National Laboratories in Albuquerque where he was appointed as the principal investigator to lead several Russian R&D projects aimed at nuclear non-proliferation. Deepesh became a principal member managing research projects in the Intelligent Systems and Robotics Center. Deepesh jointly holds three patents, the most recent in 2017 which deals with neural interface methods for artificial sensory.  He has received the R&D 100 Award [often referred to as the Oscars of Innovation] and was the recipient of the Individual Leadership Award. Deepesh was recognized as an outstanding contributor in developing new methods in solving complex engineering problems.

Guided by his father’s principles of business, Deepesh raised capital and structured a successful launch of his hotel company in 2003. Today, Deepesh’s company owns and/or operates nine IHG, Hilton and Marriott-branded hotels in its portfolio with an additional four in the pipeline.  He leads his management team to uphold the company’s mission to provide guests unrivaled and exceptional levels of hospitality.

Deepesh deeply connects with the challenges of both internal and external market forces affecting today’s hotel owners. He volunteers his time to lead and advocate on behalf of IHG Owners Association members from around the world. In becoming the voice for these members, Deepesh states, “the success of any brand is ultimately determined by long-term profitability of its owners, not shareholders. Every dollar improves owner’s margin, and each margin point drives their future branding decision, and therefore, chains must commit to protecting and growing the owners’ margins to remain a relevant choice.”

The IHG Owners Association – originally established by Holiday Inn founder Kemmons Wilson in 1955 – was the first association of its kind in the hotel industry. It currently represents the interests of 4,500 owners and operators of more than 3,400 InterContinental Hotels Group® (IHG) properties in the United States, Africa, the Asia Pacific, Canada, Europe, Latin America, Mexico and the Middle East. Throughout the years, the Association has been a voice for its members and plays an integral role in communicating with IHG management on issues related to franchised hotel operations. The IHG family of brands includes InterContinental® Hotels & Resorts, Hualuxe™, Crowne Plaza® Hotels and Resorts, Hotel Indigo®, EVEN Hotels™, Holiday Inn® Hotels and Resorts, Holiday Inn Express®, Staybridge Suites® and Candlewood Suites®.