Avenues Mall, Silicon Oasis, will be inaugurated on Wednesday, 19th of April 2017. The foundation stone may only be the first step towards its completion, but it signifies the imminent realisation of an exceptional destination. His Highness Sheikh Ahmed Bin Saeed Al Maktoum, chairman of Dubai Silicon Oasis, Emirates Group, and Dubai World, is to attend the ceremony, as this development is a valuable addition and landmark for the renowned city.
The shopping centre will become the gate to Dubai Silicon Oasis, a smart city with world class facilities, home to high tech companies, luxurious hotels, business parks, and residential communities.
It has been named the most innovative, exceptional, and ambitious project of 2016 within Retail Architecture for its iconic and revolutionary design. A design that resembles five gigantic, pebble-like shapes inspired by ancient Arabian movements across the desert.  Design International wanted to offer both a strong architectural statement and an imposing gate into an oasis of calm and tranquillity in the otherwise hectic pace of modern suburban Dubai. The dedicated array of retail and services will form a comprehensive mix of brands and concepts tailored to satisfy the community demands including restaurants and cafes, cinema, family entertainment centre, bowling centre and gym. Built over two levels, Avenues Mall will be a one stop shop for resident shoppers complimented by entertainment and leisure zones.
Dubai Silicon Oasis Authority began developing this region as a novel and exciting extension for the city, integrating living and working communities at the lowest energy consumption per capita. It is located only 12 minutes away from the city centre, Downtown Dubai, and 15 minutes from the world’s busiest hub, Dubai International Airport.
Design International was asked by developers Line Investments, a subsidiary of Lulu Group International to embark on this project. The parties involved share the same values: the development of the community, as well as the desire to be at the forefront of style, technology, and sustainable innovation and that is what Dubai Silicon Oasis stands out for. 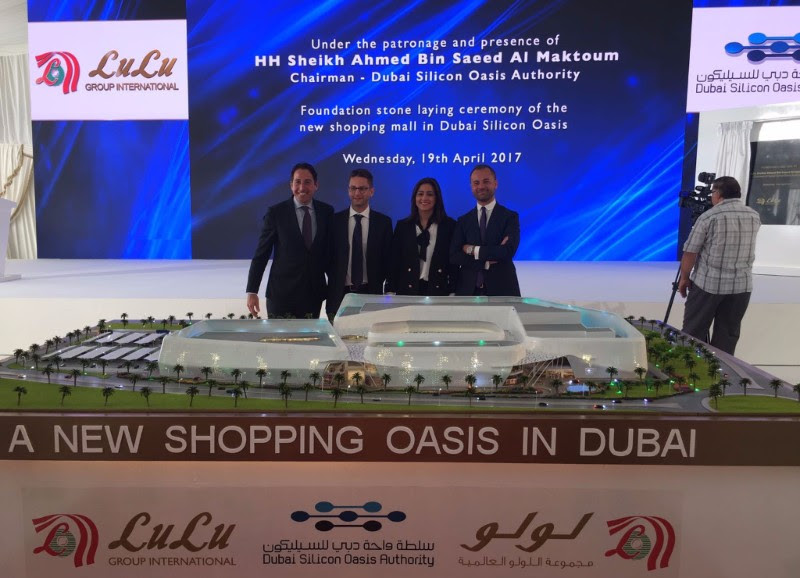