Jonathan Doughty, Global Head of Foodservice at ECE, was chosen by the editorial team of ACROSS and its Advisory Board as the most outstanding person of the industry in the past year. His selection also reflects the increasing relevance of gastronomy areas in European retail properties.

On June 29, 2017, the industry coup was done. On that day, the German ECE announced that they recruited internationally renowned gastronomy expert Jonathan Doughty as their Global Head of Foodservice.

At that time Klaus Rethmeier, Director Key Account Management at ECE, explained the decision as follows: “We want to increase our efforts in the gastronomy sector even more. Creating a new management position and recruiting Jonathan Doughty emphasizes the importance that gastronomy has and must have in today’s shopping centers. We are glad that Jonathan is convinced by the potential of the many exciting projects at ECE.”

His function reflects the consistency with which he stands for his field –foodservice in malls. In many respects, this is a logical next step in his career. The British man was always ahead of his time in this area.

Starting in 1993, when gastronomy was still a neglected issue within in the industry, he became well known as the founder and Global Managing Director of Coverpoint Foodservice Consultants in the United Kingdom. Jones Lang LaSalle bought the company in November 2014. This is where Doughty continued to work as Head of EMEA Foodservice Consulting until he moved to ECE.

In the future, this title will be awarded annually

It makes perfect sense in this context for the editorial team of “ACROSS – The European Retail Real Estate Magazine” and its Advisory Board, which consists of 18 top experts of the shopping center industry, to name him “Man of the Year 2017”. In the future, ACROSS will award this title annually.

When asked about his “Man of the Year 2017”, Doughty appreciates the recognition: “I am thrilled. Thank you! This award means that the foodservice industry–since this is not just about one person–has now gained the full respect of the property industry. It is a really important part of today’s place-making.”

As one of the measures to live up to this claim, he is currently implementing the concept of ‘the 3 E’s’. What does that mean?

“In general, it is not difficult to get a good meal at a nice restaurant in a mall. If, however, the ‘3 E’s’ are missing, guests do not view the process as a great experience and may not return. This is why we need to arouse Emotions and provide Excitement and Entertainment. You have to think of it as a checklist. For every concept that we as a developer consider, we must ask ourselves: What emotions does it evoke among the guests? What inspires them? How do we best provide for their entertainment? This is the challenge we face”, explains Doughty enthusiastically.

As in every conversation with him, his enthusiasm, motivational strength and his commitment come through immediately. Especially today, when Doughty talks about “Foodtopia”.

The spectacular gastronomy floor at Frankfurt’s MyZeil shopping center will be opened in early 2019.

«Jonathan Doughty is a remarkable person. He is enthusiastic, infectiously polite, humorous, empathic, committed, goal oriented, curious, and very likeable. Actually, these would be enough attributes to describe any person benevolently.

When it comes to Jonathan, however, they are not enough. Not only does he have a very engaging personality, he is also innovative, visionary, inventive, and successful. And Jonathan Doughty is one more thing: He is the first “Man of the Year” of the European real estate industry. He is the winner of this title that ACROSS will award annually from now on.

Jonathan, I congratulate you sincerely on becoming “Man of the Year 2017” and I am looking forward to having many further infectious, enlightening, and motivating discussions and talks with you. Jonathan, I am glad it’s you». (Reinhard Winiwarter, Publisher of ACROSS Magazine) 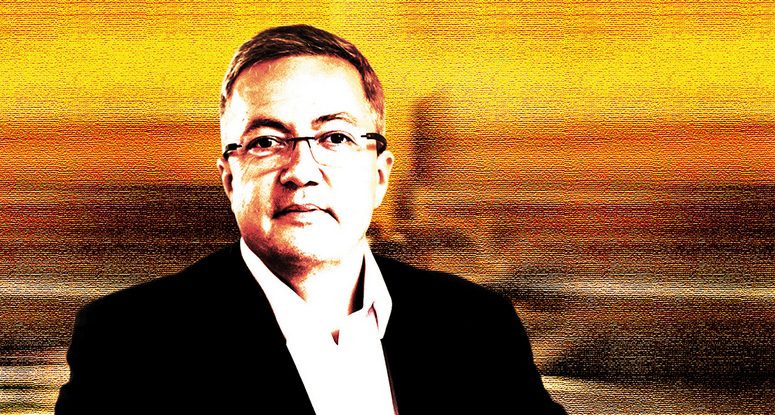