British Land and Oxford Properties (the global real estate arm of OMERS, the pension plan for Ontario’s municipal employees) have exchanged contracts for the sale of The Leadenhall Building to C C Land for a headline price of £1.15 billion. Completion is conditional on approval by the shareholders of C C Land. British Land and Oxford Properties developed and own The Leadenhall Building as an investment in a 50/50 joint venture formed in 2010. Construction of The Leadenhall Building started in early 2011 and completed in summer 2014. The building is fully let with an average remaining lease term of over 10 years to break, and has achieved record rents for the City of more than £100 per sq ft. It is occupied by high calibre businesses including insurers Aon and MS Amlin, and the building’s architects Rogers Stirk Harbour + Partners.

At 736 feet, The Leadenhall Building is the tallest building in the City of London. It provides 610,000 sq ft of world class office accommodation over 46 floors, in a prime location. Its distinctive sloping shape was designed to protect views of St Paul’s Cathedral and offers a range of floorplates with spectacular views over London. The building was voted City of London Building of the Year 2015 by the Worshipful Company of Chartered Architects.

Tim Roberts, Head of Offices and Residential, British Land, said: “British Land and Oxford Properties took a bold step at the early stages of the UK’s economic recovery to develop The Leadenhall Building to generate a high quality, long term income stream. It’s a decision which has really paid off. Through a strong, collaborative partnership, we have delivered an iconic, award-winning building let to high calibre occupiers at record City rents. This sale shows continued investor appetite for best in class, well located property in London.”

Paul Brundage, Executive Vice President and Senior Managing Director – Europe, Oxford Properties, said: “Oxford Properties has enjoyed a highly successful partnership with British Land through our joint investment in the development, delivery and management of this iconic building. We have delivered on our strategy of ensuring that The Leadenhall Building meets its potential to become one of the most commercially successful investments in London. The Leadenhall Building has been a cornerstone of our London business and has propelled Oxford Properties to a leading position in European real estate development and investment. We are fully committed to the UK and Europe for the long term and are looking forward to pursuing further investment opportunities going forward either on our own or with like-minded partners such as British Land.”

The sale agreement provides for British Land and Oxford Properties to sell their entire shareholdings in the company which holds the investment in The Leadenhall Building to C C Land. The consideration for the sale will be calculated by reference to the net asset value of that company based on the agreed property value of £1.15 billion, subject to adjustment for top-ups in respect of rent free periods and rent guarantees currently estimated to be approximately £12.7 million. The consideration will be received in cash and apportioned in equal shares to British Land and Oxford Properties.

The sale is subject to approval by the shareholders of C C Land (by simple majority) in a Special General Meeting in accordance with the Hong Kong Listing Rules. The Chairman of C C Land, Mr. Cheung Chung Kiu, is the sole shareholder of two companies (Fame Seeker Holdings Limited and Thrivetrade Limited) which in aggregate hold approximately 50.4% of the issued share capital of C C Land as at the date of this announcement, and has given an irrevocable undertaking to procure that these companies vote in favour of the resolution approving the transaction. The C C Land circular to shareholders, including a notice convening the Special General Meeting, will be despatched as soon as possible taking into account the minimum time anticipated for preparing the necessary reports and financial information for inclusion in the circular. Completion is expected to take place no more than five business days after shareholder approval is obtained, provided shareholder approval is obtained no later than 28 June 2017, unless extended by agreement. 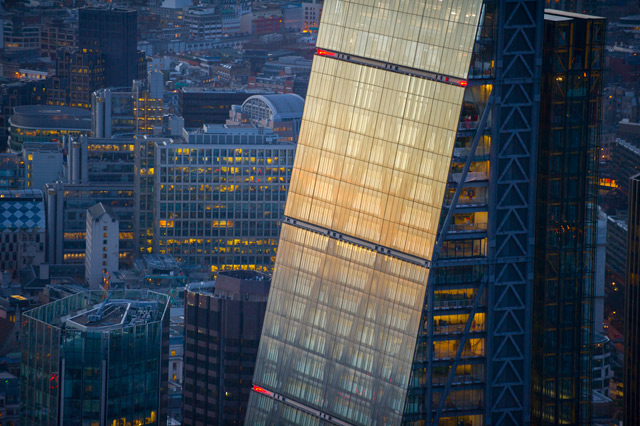