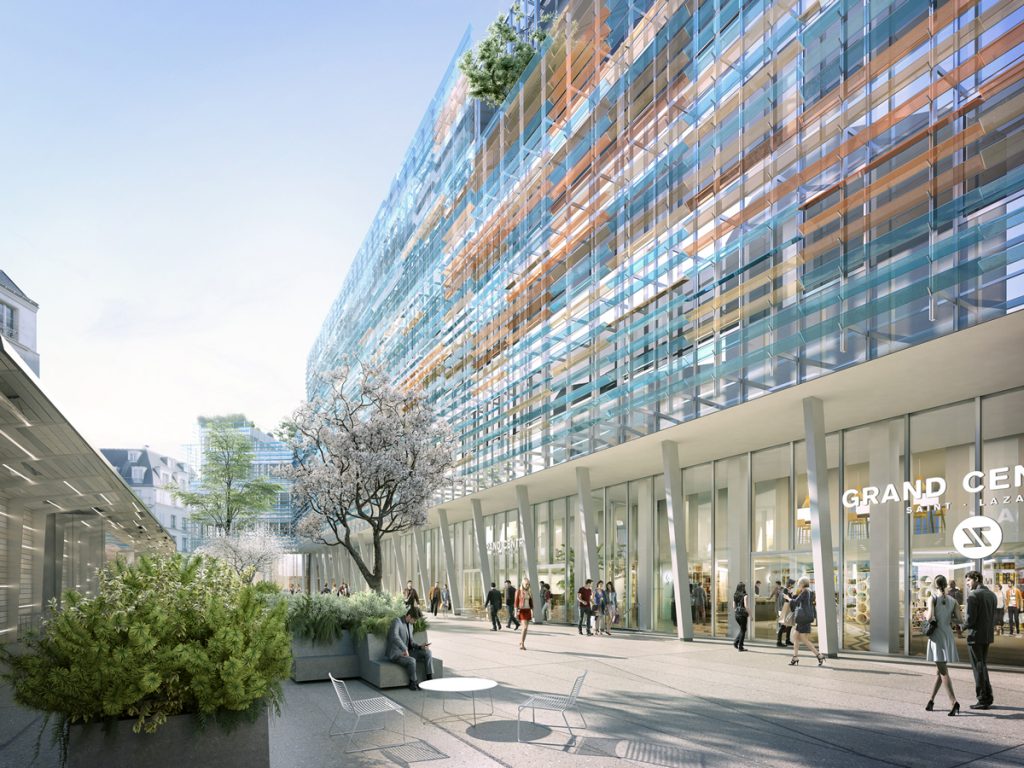 On 24 January, Union Investment acquired the speculative Grand Central development project at Saint-Lazare railway station in the centre of Paris. The innovative project comprises a new business centre on Rue de Londres and Rue d’Amsterdam with rental space of around 23,600 sq m. The target for practical completion is mid-2019.

“Grand Central will be one of the most modern business centres in Paris. Additionally, it benefits from a location that is unsurpassed in terms of transport links. Due to the excellent letting prospects and our confidence in the project, we decided on a speculative acquisition without pre-letting and rent guarantees,” said Tania Bontemps, president of Union Investment Real Estate France SAS. Union Investment aims to maximise the tenant mix to take full advantage of the compelling features of the new complex. The acquisition will boost the portfolio of open-ended real estate fund UniImmo: Deutschland, which invests throughout Europe.

The project has been under development by The Carlyle Group since 2013. In addition to some 20,100 sq m of office and retail space, the complex will include three entrance lobbies, two restaurants, a bar and a publicly accessible auditorium. The office units will offer the flexibility to create co-working areas. Special features of the project, designed by Jacques Ferrier Architecture, include a public promenade, several terraces comprising a total of 2,000 sq m and a green roof that can be used for agricultural purposes. The property will be constructed to achieve an HQE (Haute Qualité Environnementale) “Excellent” rating and a BREEAM “Very Good” certification.

Philip La Pierre, head of Investment Management Europe at Union Investment Real Estate GmbH, commented on the deal: “Investment opportunities in the Paris real estate market are currently rather rare. Grand Central is one of the few commercial new build projects in the city. This development project is our first acquisition in the Île-de-France since 2012, so we are finally able to continue our success story.” Union Investment is one of the largest European portfolio managers of commercial property in the Paris region, currently holding 13 properties worth around EUR 2 billion.

Blaise Relier-Dubosq, Director at The Carlyle Group, said: “The special identity of the Grand Central Saint-Lazare project is becoming more apparent every day. Saint Lazare station is a major traffic hub in central Paris, used by over 100 million passengers a year. In addition to overcoming the design and technical challenges, we also wanted to create a truly iconic building that is unconventional and futuristic in the way it addresses social trends.”

Olivier Petreschi, also Director at The Carlyle Group, added: “We would like to thank SNCF, the vendor of the site, for the confidence they have placed in us, and for the successful partnership. We are also grateful to Union Investment for the excellent working relationship. We are delighted to be developing the project on their behalf. Finally, we would like to thank all those involved in the project, including the Bouygues Bâtiment Île de France team, Redman and Artelia.”

Union Investment already owns two business centres in Paris which resemble the Grand Central project in terms of their diverse structure. The Centre d’Affaires Paris Victoire, acquired in 2002, comprises around 33,000 sq m of rental space, while the Centre d’Affaires Paris Trocadéro offers 41,000 sq m of space. Union Investment’s most recent transactions in France include the acquisition of the Ekla Business office development in Lille. The building comprises some 15,000 sq m and is scheduled for completion in summer 2018.

With more than 100 million passengers a year, Saint-Lazare station – the site of Grand Central – is the second biggest railway station in Europe, served by five subway lines and numerous bus routes. The station itself plays a key role in the “Grand Paris” project. This ambitious project includes upgrading suburban rail line A, extending subway line 14 as far as Saint Denis, and incorporating the new suburban rail line E into the city’s transport network.

Union Investment was advised on the legal aspects of the deal by C&C Notaires, Gide and Fidal. The vendor was advised by Notaires Associés de Meudon, Clifford Chance, Fairway and Herbert Smith Freehills.