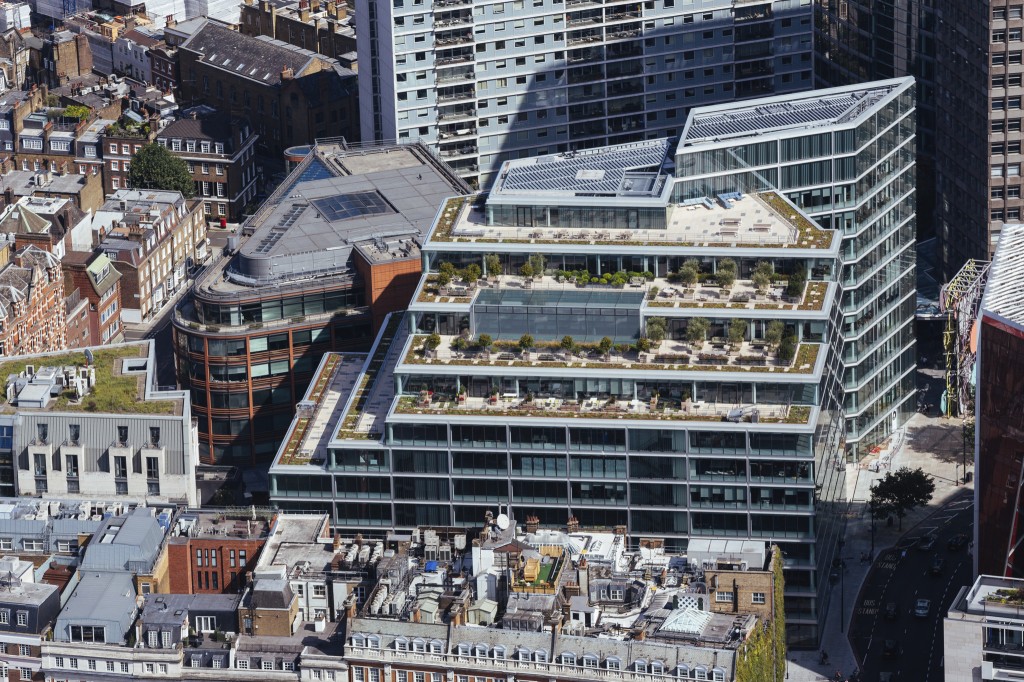 Tishman Speyer, one of the world’s leading developers, owners,

operators and asset managers of first-class real estate, today announced the sale of Verde SW1, a

world-class mixed-use property in London’s West End, to Deka Immobilien for an undisclosed

Pension Investment Board of Canada (PSP Investments). It obtained planning permission for an

have their own roof terraces, prime street-level retail, and a large communal roof terrace for the

whole building. Verde SW1 was developed to the highest environmental and sustainability

standards, and designed to create an efficient space for businesses to thrive and a harmonious

environment for employees to enjoy top-of-the-line amenities. It is strategically located in the centre

of London’s West End and is within 100 metres of a new entrance to Victoria Station, one of

The redevelopment was completed in January 2017, by which time it was already 65% pre-let with

the remainder of the building being successfully leased in the following 12 months. Tenants include

Partners, as well as a large Waitrose supermarket. The best-in-class and innovative cycling facilities

are run by H2, who also operate a gym in the basement.

redevelop it to the very highest standards, adding amenity and character, which in turn attracts

a further milestone for Tishman Speyer in the London office market, a success story which began

over 20 years ago. It is also another fine example of our continuing and fruitful global relationship

Pacific) PSP Investments. “This best-in-class redeveloped site is a true testament to our strong

continued partnership with Tishman Speyer and the achievement of a shared vision. Furthermore,

we established our European headquarters in Verde SW1 in May 2017, complementing our belief in

the property and location.”

London. The portfolio includes The Point in Paddington, 33 Holborn and The Smithson Plaza in St

around the world. Founded in 1978, Tishman Speyer is active across the United States, Europe, Latin

markets for industry-leading tenants. The firm has acquired, developed and operated a portfolio of

Springs in Shanghai, Lumière in Paris and OpernTurm as well as TaunusTurm in Frankfurt. Tishman

Speyer currently has projects at different stages of development in Boston, Brasília, Frankfurt,

manages net contributions to the pension funds of the federal Public Service, the Canadian Forces,

the Royal Canadian Mounted Police and the Reserve Force. Headquartered in Ottawa, PSP

Investments has its principal business office in Montréal and offices in New York and London.