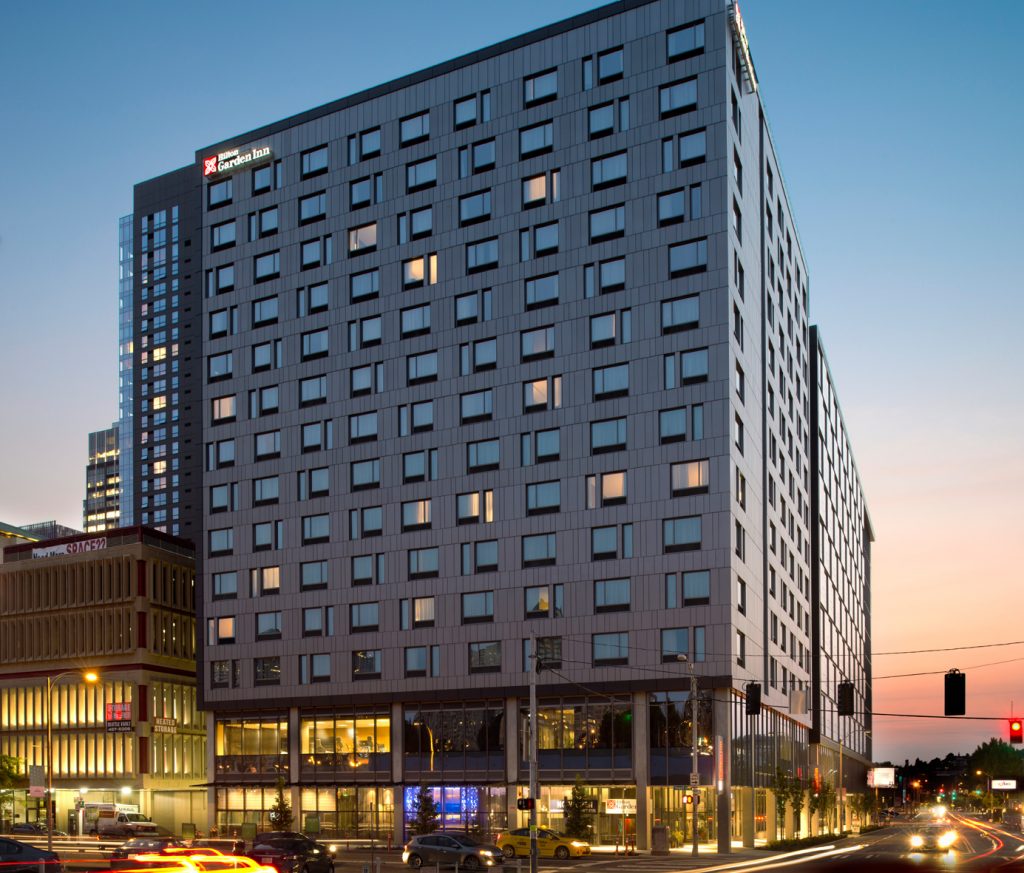 Union Investment has acquired the Hilton Garden Inn hotel in downtown Seattle, which opened in 2015, for approx. USD 90 million. The property is located at 1821 Boren Avenue and is the company’s first hotel acquisition on the West Coast of the US. The Hamburg-based real estate investment manager has already acquired three first-class hotels in Boston, Chicago and New York City since 2015. Touchstone, a Seattle-based company, developed the hotel, which opened in June 2015.The hotel in Seattle has 222 rooms, including six exclusive suites, across approx. 153,000 sq ft of usable space. The building is let on a 30-year lease and is a further addition to Union Investments open-ended real estate fund Unilmmo: Europa, which has been invested in Seattle since 2003 and keeps two office properties in the city.

“This acquisition clearly shows that our hotel investment radar also includes attractive locations on the West Coast of the US,” said Andreas Löcher, Head of Investment Management Hospitality at Union Investment. “Successful tech companies such as Amazon, Microsoft and innovation leaders in the field of biomedicine promise a prosperous future for the city. Increasing demand for office space also opens up excellent outlook for hotel investments.”

Seattle is expected to record around 20 million hotel nights per year in the near future. As well as rooms for business travellers and tourists, the Hilton Garden Inn provides its guests with a business centre open 24/7, an indoor pool and a fitness room. Meeting rooms for events with up to 145 attendees serve to the needs of conference and meeting guests. A range of food and drinks is available in the hotel’s restaurant and bar. A Pavilion Pantry Market that is open 24 hours a day complements the offer.

Seattle city centre is easily accessible from the hotel, as are the Washington State Convention Center, which will be expanded by 440,000 sq ft by 2020, and the dynamic business district of South Lake Union. This new acquisition in Seattle sees Union Investment’s hotel portfolio increase to 61 hotels with a total of just under 17,000 rooms. The value of the company’s hotel holdings has risen rapidly in recent years and they are now worth approximately EUR 3.5 billion.