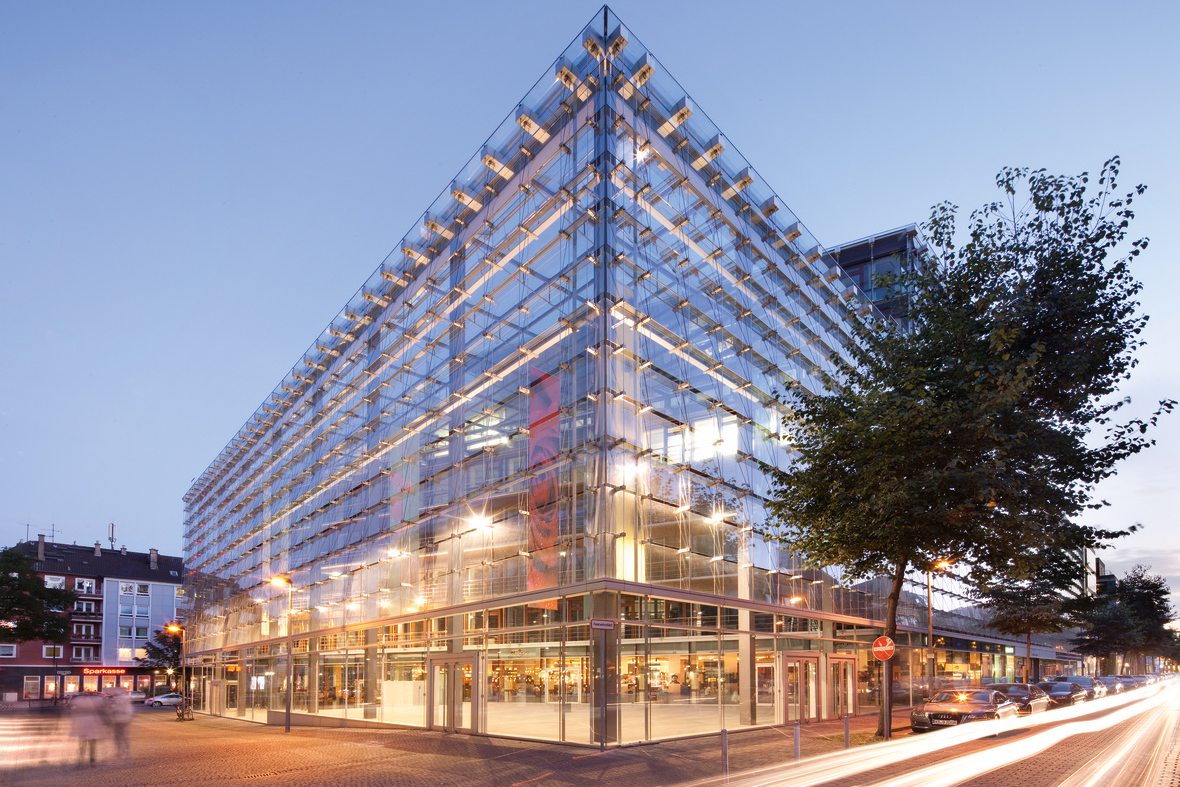 In the first six months of 2018, Union Investment let or relet a total of 242,000 sq m of commercial real estate space. Around 50 per cent of the lettings were in Germany. Other European markets accounted for more than a third, while 15 per cent of lettings were in markets outside Europe. In total across all portfolios, around 84,000 sq m of space was newly let. A much larger proportion – 158,000 sq m – was accounted for by existing tenants extending their leases. Overall, occupancy across all actively managed real estate funds based on income is 96.6 per cent.

In line with the structure of the overall portfolio, office lettings made up the largest share, accounting for some 140,000 sq m. Office property holdings in Germany primarily comprise smaller-scale lettings. Chilehaus in Hamburg at 5,300 sq m, the Atmos and Forum Hirschgarten properties in Munich, the recently acquired Loftwerk campus complex in Nuremberg and H19 in Düsseldorf, with letting figures of between 2,000 and 3,000 sq m, are among the properties with the largest signings.

Elsewhere in Europe, lettings in Poland are especially noteworthy. A total of 16,500 sq m of space was newly let or relet in the four office properties of Horizon Plaza and Zebra Tower in Warsaw, Dominikanski in Wrocław and Maraton in Poznan. The majority of lettings outside Europe were in the US and Mexico, which together accounted for around 31,000 sq m. In the US, Paseo del Mar in San Diego and 2000 McKinnney in Dallas made up the largest share, at 4,000 sq m and 5,000 sq m respectively. In Mexico, the Paseo de la Reforma property in Mexico City stands out, with over 5,000 sq m.

New letting and reletting of retail space totalled 83,500 sq m in the first half of the year. In Germany, a particular highlight was the new letting of space at Königstraße 27, Stuttgart, to Karstadt Sports following successful upgrading of the building. The sporting goods retailer has leased an area of around 3,650 sq m. As usual, the Alexa shopping centre in Berlin also contributed to the letting figures: transactions here included the new letting of some 3,000 sq m to Zara.

Among the most recent acquisitions, Mercado in Nuremberg recorded new lettings and relettings totalling 4,700 sq m, including the extension of a lease for 2,800 sq m by health and beauty chain Müller. In the other European markets, there were the usual transactions involving the Palladium shopping centre in Prague, where leases covering 5,500 sq m were signed, and the Riviera Gdynia mall in Poland, where 4,700 sq m was let.

Photo : the  building  in Düsseldorf